OFFER OF THE SCHEME

Branches are required to make the offer in writing to all existing/new Housing Loan a/cs of our Bank or those acquired/being acquired by way of take-over from other Banks/HFIs. This be, however, subject to compliance of all other terms& conditions/guidelines such as KYC norms, CIBIL database check-up, take-over guidelines, security norms, maintenance of margin, other parameters of the Scheme, etc.

All existing/new Housing Loan a/csof our Bank or those acquired/beingacquired by way of take-over from other Banks/HFIs.

For existing Housing Loan a/cs - No inspection irregularity is outstanding which has been identified as serious in nature and subject to fulfillment of all terms and conditions for facility under this scheme.

NRI/ PIO Housing Loan borrowers are not eligible for Overdraft Facilityunder this scheme.


Note:-The Overdraft Facility for personal use should not be sanctioned to the borrowers, who have availed loan for:

In the shape of an Overdraft Limit. Borrowers toensure monthly servicing of interest component on the overdraft facility sanctioned.


Repaying Capacity: Overdraft facility be set up in such a manner that alldeductions including servicing of interest on Overdraft should not exceed as permitted under Housing Finance Scheme to Public for various slabs which is as under:

Further, General Manager (Credit) & above, shall permit higher % age deduction of NMS/I subject to Maximum 10% over & above the prescribed ceiling under eachbracket of NMS/I on individual merits of the case and after ascertaining expenditure pattern of the prospective borrower(s), i.e., GM (Credit) & above may permit deductions of NMS/I MAXIMUMupto50%, 60%, 70% and80% in the above bracket, respectively.

0.5% above all the schemes as applicable and amended time to time in the case of Housing Finance scheme.

Extension of charge/Creation of charge on the existing Mortgaged Immovable Property/IP to be mortgaged.

As per Loan & Advances cirular No. 30/17 dated 04.11.2017 and as amended time to time, Subject to maximum ceiling of Rs.25 Lakh under the scheme and subject to the condition that the total exposure to a single individual borrower, takentogether, does not exceed the ‘aggregate secured fund based powers’ of thesanctioning official, in terms of the loaning power chart.s

The branches are permitted to sanction/ review overdraft limit to existing housing loan borrowers within their vested loaning power.

The above loaning powers can be exercised by the officials even where existing facilities including the Housing Loan have been sanctioned by a higher authority.

The overdraft facility should be reviewed annually. The Overdraft facility can becontinued/ renewed, even after the Housing Loan is paid fully provided the sanctioning authority is satisfied about the repaying capacity of the borrower and the value of security.

REPORTING OF THE FACILITY

Reporting of the facility will be carried out under the Mortgage Loan Scheme. 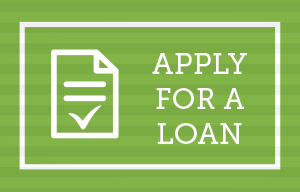