Dakshin Bihar Gramin Bank has a massive penetration in rural areas of Bihar spread across its 20 districts mainly in southern Bihar. This bank is meeting the objective of creation of RRBs by rendering banking services to the people mainly residing in rural & semi-urban areas of the state. In addition to this, this RRB also delivers the major functionalities of a PSB. The major focus of the bank is for overall economic development of the people of the state by giving financial assistance in sector like agriculture, MSME, SHG etc.

The bank has got 1078 branches with its presence in 20 districts of Bihar and is not only the largest RRB in Bihar, but also in top few in the country. Its network is spread into the farthest and difficult areas of the state. The bank is also offering its services through the network of over 2000 Business Correspondents (BCs) for deep penetration in the most remote areas of the state. Beside this, to give anytime anywhere banking, the bank is running on Core Banking Solution (CBS) and has recently migrated to highly updated version of Finacle, Finacle 10.x of CBS.

DBGB has created a place of itself in the heart of the rural masses of the state by providing dedicated services to them.

May I Help You? 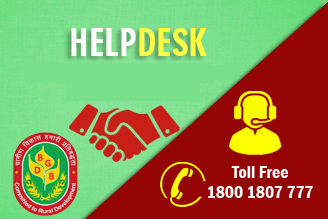